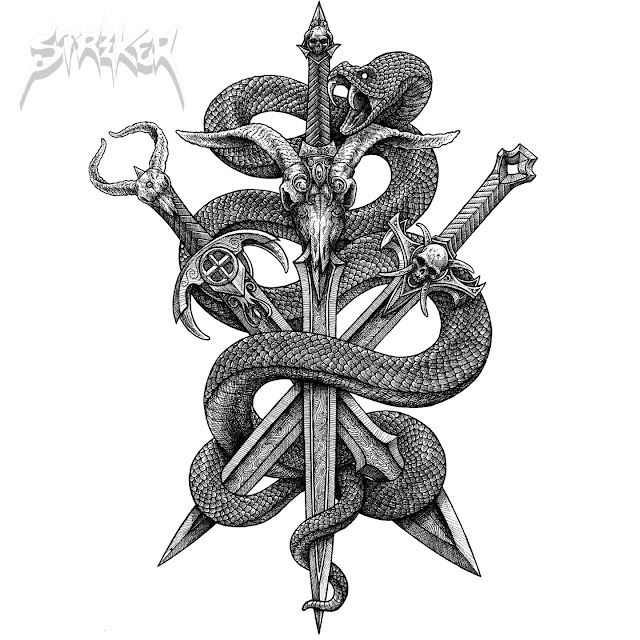 Canada's premier Thrash/Power Metal band Striker are back with "Striker". The new self titled album comes complete with ten new rocking tunes to take you right back to the heydays of 80s Heavy Metal. Now, I know I sound like one of those terrible CD commercials that use to be on before the rise of digital downloads, but it's for good reason, this album kills.

The album kicks off at an absolute high with “Former Glory”, “Pass Me By” and “Born to Lose”. The thing about Striker's self titled album is they’ve found this perfect mix of old school Thrash/Speed Metal and almost radio Hard Rock, without sounding like they’ve “sold out”. It’s the kind of Metal that a lot of people can get into and will help them find the wonderful world of Metal. With songs like “Born to Lose” I would actually expect to hear it on the radio, the song is catchy and melodic in all the right ways while maintaining its Thrash roots with its speed, power and of course, technicality in the solos. This is a formula present through a lot of the album, this is a band that found a way to bridge people from listening to Rock radio to listening to Slayer.

A few more standout songs on the album are “Rock the Night”, “Freedom's Call” and “Curse of the Dead”, continuing to prove what Striker have to show you. Of these three, pretty much of Striker’s entire discography, “Freedom's Call” is the most standout to me. It’s a song that shows everything the band has, melody, technicality, intensity, emotion, power, you name it.

Canada's very own Striker and their new self titled album is a push in the right direction. The bands last outing “Stand in the Fire” was one of the best impulse buys I’ve made musically in a while at the time and I didn’t know how the band intended to step up from that. The new self titled album really shows the growth of the band, a band that knows the fans like a specific sound from them but they can’t release the same album every couple of years.

Why not give us one too

while you're at it, pick up the new album